Difficulty Level: If you have eyes, you can do this.

Ambient light is often called available, natural or existing light. Lots of professional photographers have quotes on lights, but this is my favorite: "I only shoot available light. Any damn light that's available." I wish I could remember who said that. It refers to a kind of light snobbery that seems to work both ways: some pros proudly and exclusively use strobe lighting, and some use only existing light. I'm in the "any damn light that's available" camp.

Light's light—it can be hard or soft, but can't be good or bad unless you use it for the wrong purpose. Kind of like putting your ferns in the middle of the lawn without shade, or trying to grow daisies back in the corner of your yard under a bush which is under a tree—bad light on both counts. The point is how you use it. If you put the ferns in the shade and the daisies in the sun, voilà! Awesome light.

Whether you use a flash or the sun, or a mirror and a flashlight, light is what makes a picture. This post on ambient light is about using the sun (the next one will be on continuous artificial light).

In the two pictures below, the sun is the key light. They were taken one second apart. I saw the jogger approaching and waited, and was lucky enough to get him in just the right spot, but I knew exactly where he should be. Pretty obvious, huh? 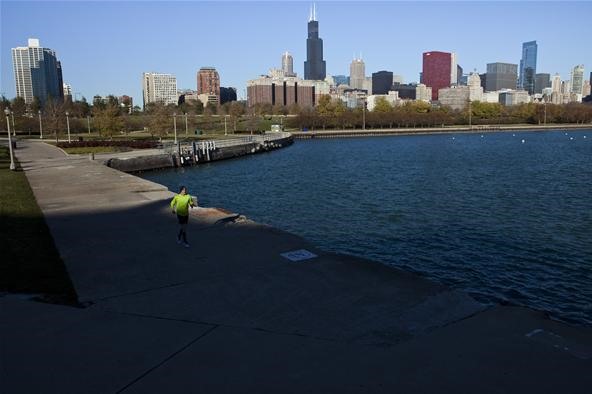 But if you don't look and think about it, you might miss the shot. 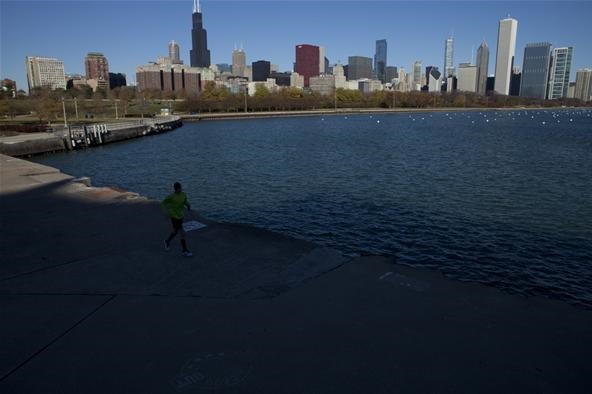 The light doesn't even have to be on your subject. Some things are more interesting in shadow. The beach shot below is at f/2.8, 1/50th at ISO 400. The shutter speed shows a bit of motion in the skim boarder and the water. When choosing the exposure, I focused on the horizon. The camera meter then told me what the perfect exposure for the sunset would be. With the camera on manual, I used those settings, but then focused on the figure, which of course is underexposed. 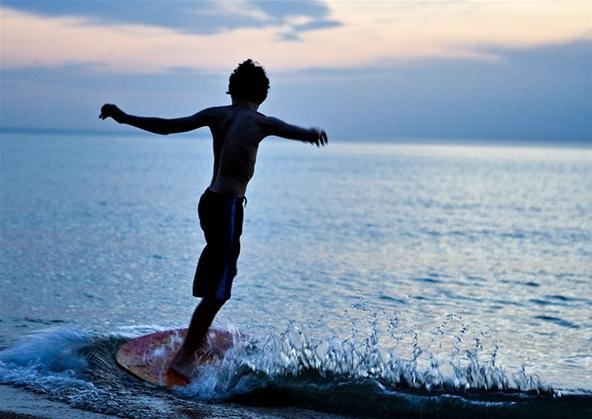 The same is true for the image below of the boy and the boat on Lake Michigan. 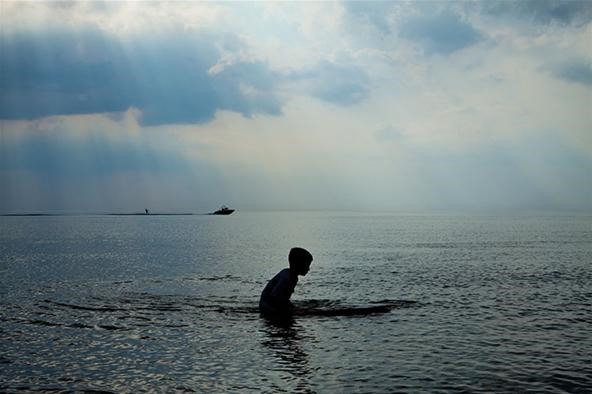 In the next image of the dog and its owner on the beach, the key light is the sun, but I also used it as an accent or backlight (a two-fer... two lights, one source!). I metered in-camera for the subjects, who are lit by the soft, open, reflected light of the late-afternoon sunshine. That meant the hard, low point source sun behind them would be brighter and therefore would work as an accent light on the water droplets. I used the shoulder of the man in the shot as a flag, to block most of the sun from the lens, creating a bit of flare in the lens, as well as highlights on the water as the dog was shaking. Of course, there was more than a bit of luck and trial and error in this brief moment. The settings are f/8, 1/250th at ISO 100. 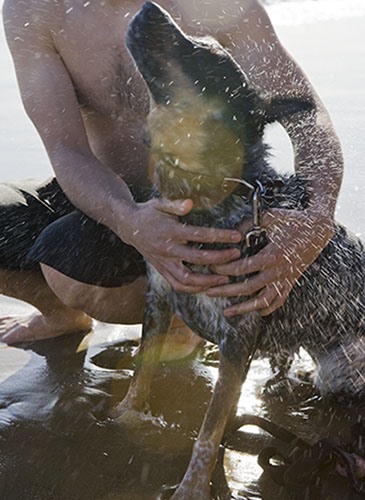 Sometimes, I turn off my strobes and use the existing or ambient light. The images below are from a band shoot. I had multiple strobes with me, but after a number of shots, in different parts of the practice space I noticed the filtered light coming through a boarded up west-facing window. It was the early evening, so the effect was quite striking. Off go the strobes! I had to crank up the ISO to 1250, shoot at f/2.8 and slow the shutter to 1/30th, but it was worth it. 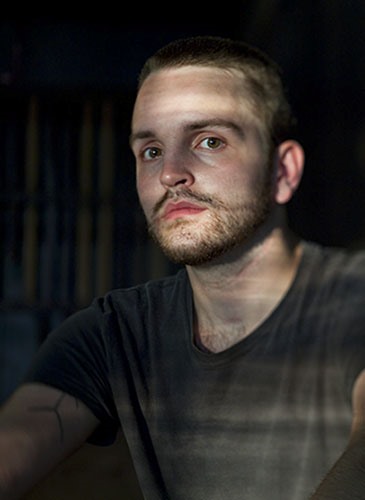 Hint: It's easier to be still if you're not smiling—all pictures from the beginning of photography to now are perfect examples. 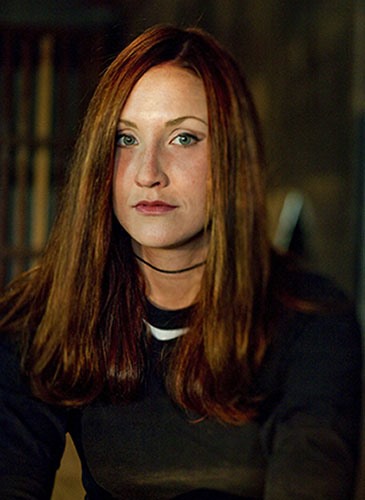 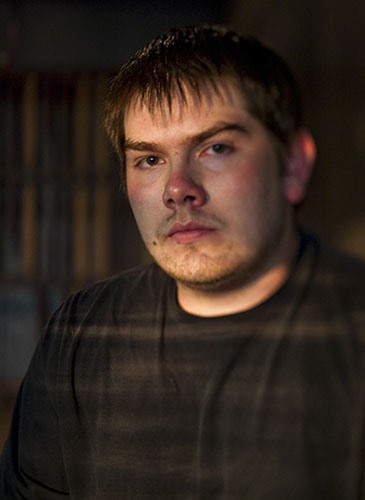 A good thing to remember: You can't move the sun, so you have to move your camera. The frozen leaves in the grass below were taken with my cell phone on the macro setting, on a frosty fall morning. Using the sun to create flare makes the sun not only your key light and accent light, but part of the composition itself. 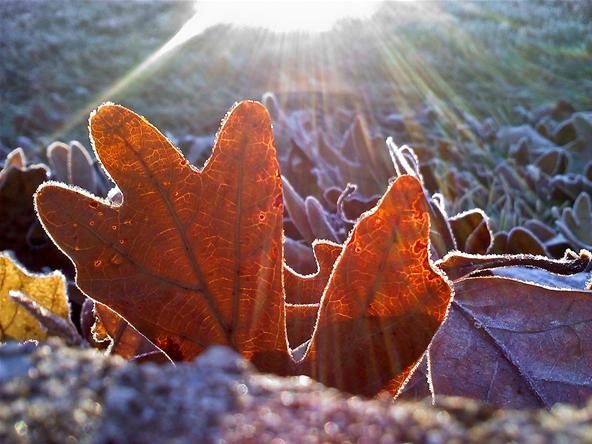 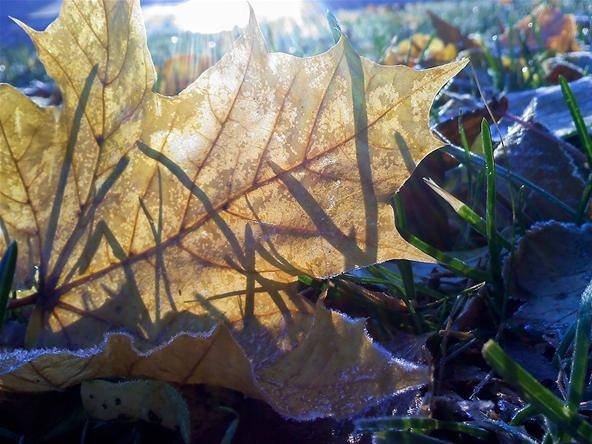 I'm a little bit obsessed with flare lately. I actually Googled it to figure it out! You need a very high f-stop to get the star (f/22 or higher). Use manual settings to make the metering work, given f/22 or higher. That means you may need a very high ISO setting (1250, 1600 or more—if it's noisy, just convert to black and white) and/or a slow shutter speed (use a tripod if you need to). This image from an Illinois roadside is f/32, 125th at 400 ISO. I used my fairly inexpensive 50mm macro Canon lens—my favorite walking-around lens. I couldn't believe it went to f/32. 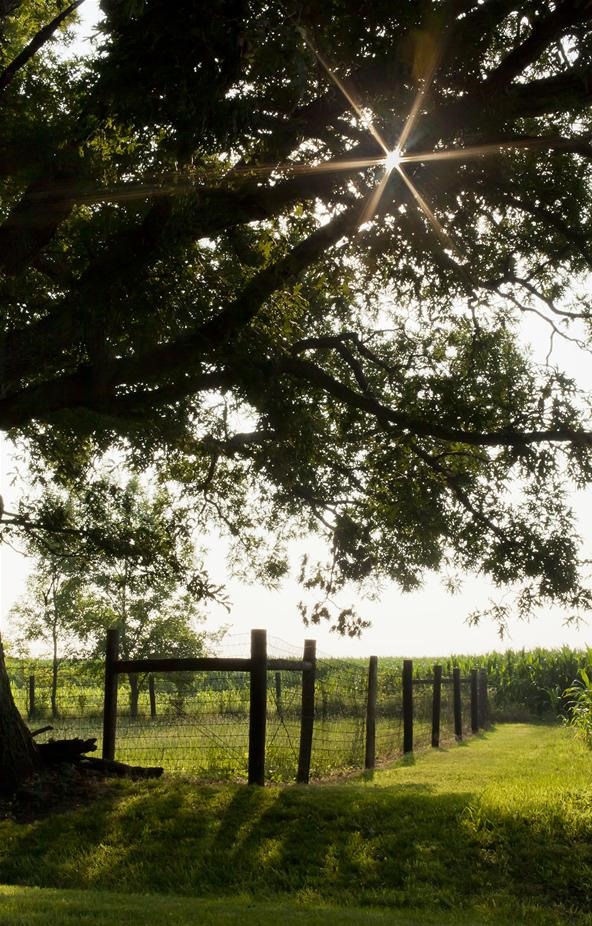 Long story short, if the light is beautiful, you can make it look beautiful. You don't need anything more than your own vision and a camera.