(Difficulty Level: from Newby to Expert)

Digital cameras can produce freaky sharp images—it's one thing that sets them apart from film cameras. A DSLR doesn't have grain, it has noise—and that sounds a lot less charming for a reason. If you shoot at a low ISO, high f-stop and fast shutter speed, you can wind up with a super sharp image that might look great even on a billboard.  But sometimes, sharp isn't everything.

Dreamy is more evocative. Abstract can make the mundane beautiful. Creamy colors and shapes inspire the imagination like big fat clouds on a lazy summer afternoon. Get the picture?


A defocused image of kids running on a lawn. 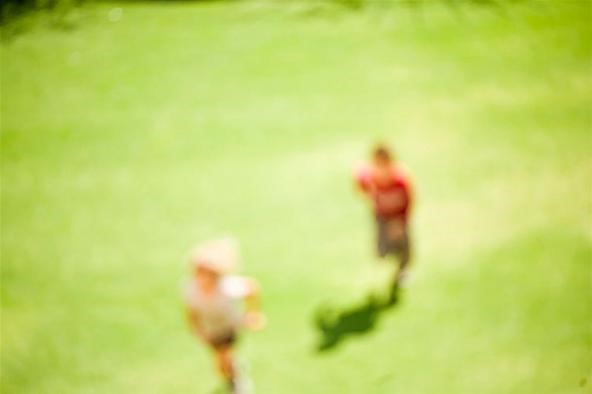 Abstract shapes leave more to the imagination. (Crew on the Charles River in Cambridge, at f18, 1/10 shutter speed, panning, with a 90 mm TS lens.) 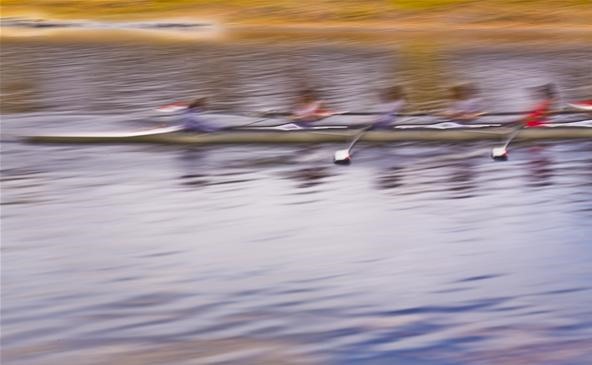 There are several ways to play with focus. The easiest way, as in the Lawn Play image above, is to set your camera on manual focus and de-focusing until you like what you see through the viewfinder. Obviously, this works much better on a simple, graphic scene with a single subject matter. If the lawn was filled with kids running and playing, the picture would have been a lot different.

Another way to play with focus is to lower the shutter speed to 30 or so and pan with a moving subject (as in the Crew on the Charles shot, above). You can also follow a moving subject at different speeds, playing with focus at the same time. This is a little trickier and you will have to be willing to take lots of shots, and cross your fingers (hey--its digital! all it costs is time). I used a 90mm Tilt/Shift lens for the crew practice image and beach images, below, which is expensive to buy but not too much to rent for a week. A Tilt/Shift lens can change the plane of focus by tilting it (google 'using a tilt/shift lens' to find more help if you are unfamiliar with it and want to try it.) 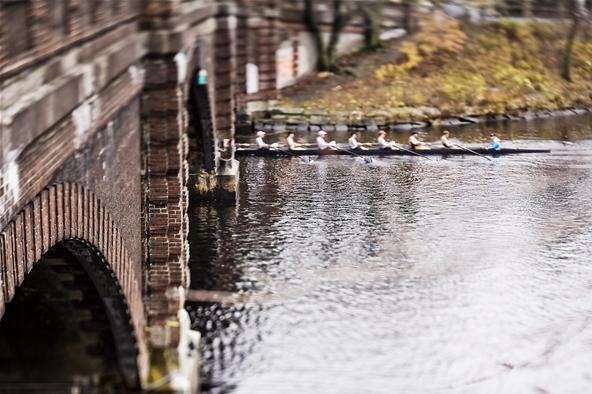 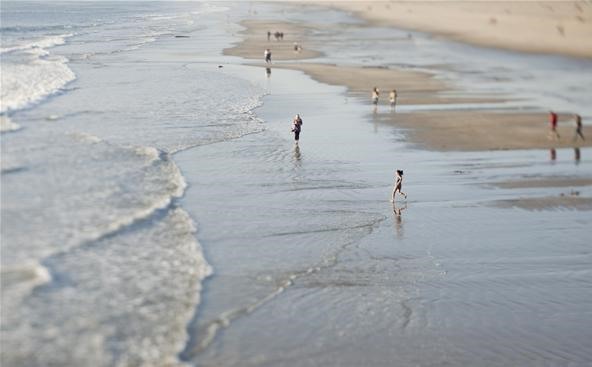 Another lens to play with is the Lensbaby, a plastic lens with a very small (if any) spot of focus, which you can also rent.  It is completely manual. No electrical contacts so no meter, no auto focus. You manipulate the lens, which is a kind of ball and socket structure, by angling it this way and that. Also requires lots and lots of trial and error (99% error sometimes!) but when it turns out, pretty cool! 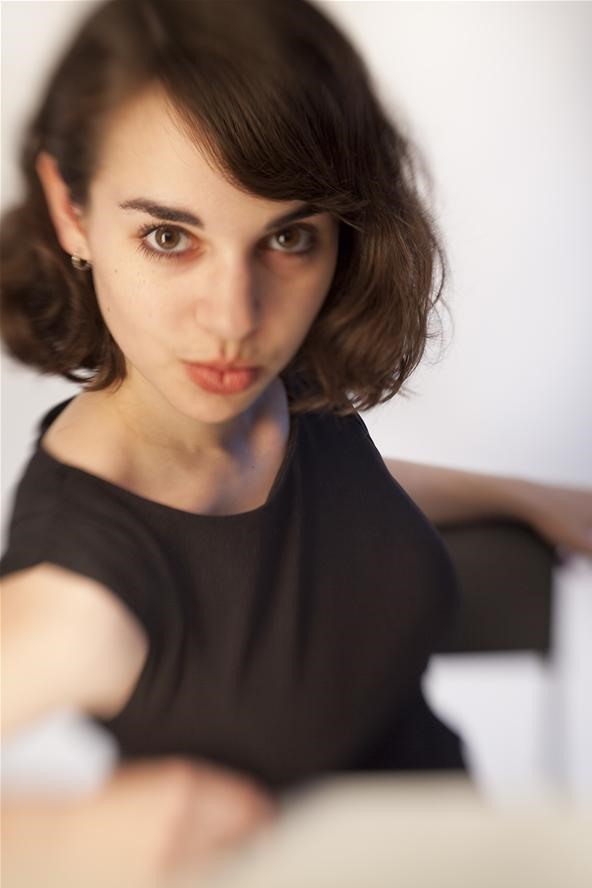 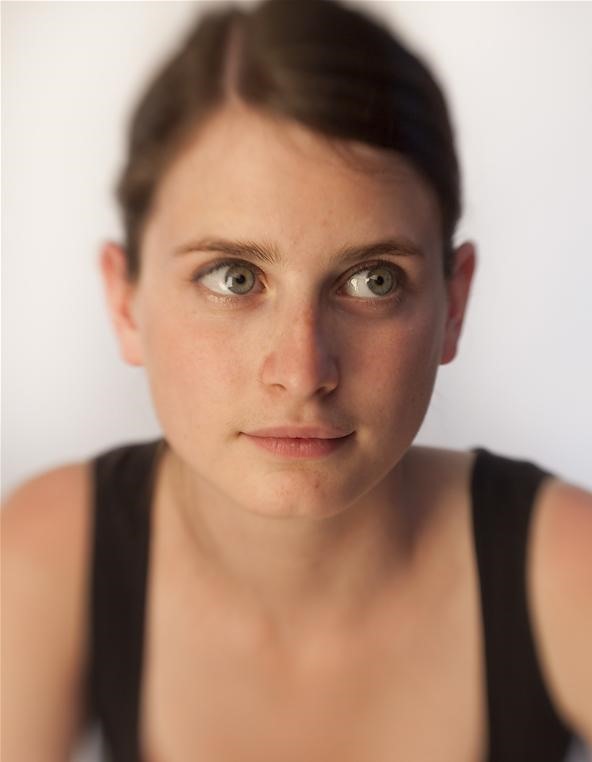 Now it's time for you to "embrace the blur".